Getting the Internet in your Tiny House

Since a tiny house isn’t on a foundation, it’s hard to request services that are otherwise easy for a conventional homeowner to get. Installing the service wires costs money, but the providers expect to make it up (plus a lot) over the lifetime of you paying for service. On the other hand, they aren’t so keen on running service to an RV or tiny house. Since it’s not a permanent structure, they have less assurances that you will be a long-term subscriber, and thus not as sure you will make it worth their while. So you will likely need to get your service from another source.

Get it from your nearby host

If you are parked in someone’s backyard or in their driveway, there’s a good chance that you can just connect to their wireless router just as you would at your local Starbucks or cafe. The big difference is that they will likely have a password set that you will need to get from them in order to connect. At one time most routers came unsecure so that they were easier to set up. But in the last few years there has been more of a shift to security with many routers coming with security features turned on by default and even some routers NOT performing as well or as fast unless they are secured. As a result, you can’t find nearly as many unsecure routers as you used to. So whichever router you want to connect to, you will likely need to ask its owner for their password. Offering to chip in on the monthly bill might make that conversation a little less awkward. If your host is nearby, the only equipment you will need is your computer/tablet/phone. Do be aware that when you connect to someone else’s router, unless you are connecting through a VPN (Virtual Private Network) or are on a secured site (HTTPS), it is possible, although probably unlikely, that someone else on that network can see your traffic (what you are looking at). 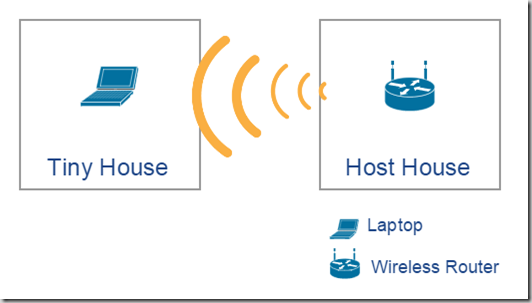 Get it from your not so nearby host

If you house is parked on land that is a little more rural, and perhaps your host is not as close, then you may find that your computer isn’t within range to connect to their router. In this case, assuming you don’t want to run a cable all the way from their house, you’re going to need some additional equipment. One option is to add a longer-range antenna to your computer. While this option works well, it’s not very convenient. First, the antenna takes up a lot of room unless you mount it somewhere. Second, since laptops don’t often come with antenna connectors you will also need an adapter to hook it up. This results in more wires which makes your computer a little more difficult to move. Finally, the biggest downside is that this only provides internet to the computer with the antenna, and you still won’t have internet on any of your other devices. While there are ways to share this internet connection, it can be a pain. 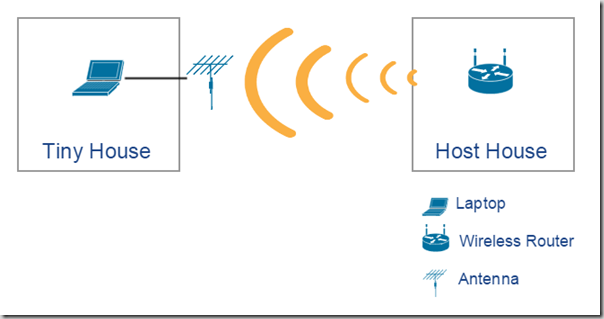 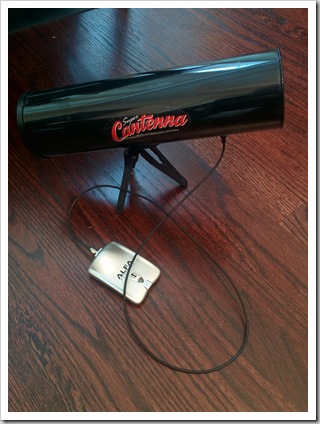 The image above is an example of an external antenna attached to a network adapter that would then get plugged into a computer with a USB cable. A better option is a setup that includes a device called a bridge. An example of a device that can act as a bridge is the Engenius Enstation 5. This bridge includes a high gain antenna that allows it to pick up your hosts internet signal from much farther away than your other devices can receive. It can also be mounted outside and pointed at your host to extend its range even farther. You then hook up your router to the bridge to create your own network within your house for all of your devices to connect to. The bridge can also act as a firewall keeping people from your host network from connecting to your computers. 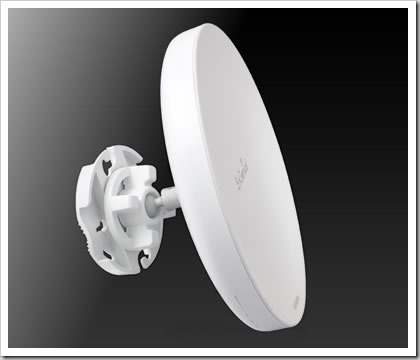 Above is an example of a external bridge/antenna Finally, if you are so far away that even the bridge can’t connect to your host, you can add another Enstation 5 on their end to extend the internet signal so that you can be as far away as 5 miles!

Get it from your phone

If you simply don’t have a host, you can get internet from, consider using your phone. Many smart phones can be set up so that they can be used as a hotspot. What this means is that your phone shares its internet connection via Wi-Fi, allowing your computer and other devices to connect. Depending on your signal, the speeds can be great or absolutely make you want to poke your eyes out slowly. Be aware that your phone's service plan likely has a data cap, meaning that they will only let you transfer a limited amount of data per month. So don’t plan on watching too many movies on Netflix or streaming Pandora. Even if your phone’s service provider says that you don’t have a data cap and are on an ‘unlimited plan’, they will still probably throttle your speed to painful levels once you exceed some threshold.

Really Off Grid Internet - Get it from a Satellite

The final option I would consider is getting off grid internet from a satellite service provider. There are many companies that offer this service. Here is a great article that compares the two biggest internet satellite providers. It also explains exactly how it works and what equipment you need. Salivate is probably not the best option to go with, but if you need to, you can. Do you have a unique or different way of connecting to off grid internet? Share it in the comments below! Happy connecting!

About Us
We're Social
Newsletter