One of the more common questions that we are asked is, "How do you keep a tiny home secure?" Well, let’s discuss secure for a moment. Given enough time and remote enough location, any tiny house out there can be stolen or broken into. Our goal is to take precautions that deter and reduce the likelihood of a theft.

Below are steps that you can take to make it as tough as possible for thieves to steal your home and possessions and make it as easy as possible to recover them should they succeed.

When thinking about home security, a tiny house is unique in that you not only have to think about preventing the stuff inside your home from being stolen, but you also have to prevent your entire house from being stolen. Just having a really nice, extra secure front door lock won’t mean much if a thief takes your home with them.

if thieves can’t move the home, they certainly aren’t going to be able to take it with them. One sure way to prevent them from moving it, is by removing the wheels. Just be sure to lock them up somewhere off site. The first-place thieves are going to look for tires is in the immediate area.

If your trailer has an adjustable coupler, either remove it or better yet secure it by replacing the bolts that hold it on with security bolts. There are several different types of security bolts out there, including those that require a special keyed wrench to remove them. Otherwise, thieves can just replace it to get around any locks that you’ve installed.

Well prepared thieves can easily bring their own tires or coupler, but most thefts aren’t that well planned.

There are many products designed for locking up your trailer. You can run a heavy-duty chain through the wheels. There are wheel locks that resemble the boots that towing company’s use. There are hitch locks that prevent the trailer from being attached to a tow vehicle. However, don’t blindly trust the manufacturers claims on effectiveness. Just take a scroll of YouTube and you are bombarded with videos of people out-maneuvering those same systems. Do your research to make sure you get the most bang for your buck when considering your options.

Of all the different types out there, we recommend using a hitch lock from Proven Industries. Their locks are superior to just about anything else on the market and can’t be easily defeated. Take a look at this video to see how they stand up versus the competition.

We have been so impressed with their locks that we now offer them as an add-on to your trailer purchase or you can buy one here: Secure My Trailer!

Once your feel good about a thief not being able to take your house, it’s time to secure it from unauthorized entry. This type of theft is much more likely since it requires much less planning and equipment. After all, not too many thieves have an F-350 Dually at their disposal.

The good thing about doors and windows on tiny houses is that they are better quality than RVs and even mobile homes. This makes breaking in a tougher task right from the beginning. Securing your door with a good door lock is essential to tiny house security. Deadbolt, bump-proof locks from companies like Kwikset are a must have for your tiny home. Just make sure that you don’t install anything that would hinder you from getting out of the house in case of an emergency.

There are all kinds of security systems out there on the market. If your house is in a remote location, a security system isn’t going to be as effective since it requires someone to hear and respond to it. But even if no one is around, having an alarm go off can be uncomfortable for a thief and may scare them away regardless.

If your house has internet access, buy an alarm that will alert you remotely, via your phone, when it goes off. This way you can call on others to investigate when you’re not around. Just be aware that while many security systems have backup batteries, not many routers do. So, if a thief unplugs your house before breaking in, your internet may go out and you wouldn’t know about the break-in until it’s too late. To prevent this from happening use an alarm that uses a cellular signal to notify you and hope that the thief isn’t patient enough to wait for the alarms battery to die.

Security cameras are a highly effective deterrent to theft. There are two different security camera styles; those that store their video locally to a digital video recorder (DVR), and those that upload their videos to “the cloud” (i.e. a remote DVR).

Cameras that store their video locally have several advantages, like the capability of higher quality video and no need for an internet connection to work. However, in the event of a break-in, the physical presence of the DVR means that any evidence it captures may be stolen along with all your other belongings, rendering it useless.

Internet connected cameras (brace for it!) require an internet connection. This allows them to store their video offsite where they can’t be stolen or destroyed. Their connection to the outside world can be through your home’s internet or through a cellular network if no home network is available. Just be aware that cameras that use the cellular network are considerably more expensive and you’ll need to have a separate data plan for each camera.

Security cameras are my preferred means of protection since they not only alert me to someone on my property, but they also show me who they are. Even if the thief disables the power and internet access, if the camera is placed correctly, their image has already been captured.

In the event that your house is stolen, a GPS tracker is one of the few devices that can help get it back. Much like your phone, a GPS tracker uploads its location so that you always know where your house is at. The trick is to hide this device so that a thief can’t find it and disable it. GPS Trackers range in price with most requiring a monthly service fee. One example is the SPOT Trace which can send real time location data to your phone.

A less expensive option is a Tile. This device doesn’t have a GPS itself, but instead uses the GPS of nearby phones with the Tile App installed. When you mark a Tile as lost, any phone with the App that happens to get near it records the location and sends you a notification. Thus it’s quite possible, that the thief himself may unknowingly tell you where he placed your stolen house. Just be aware, that the battery of a Tile only lasts about 1 year, so it will need to be replaced periodically. 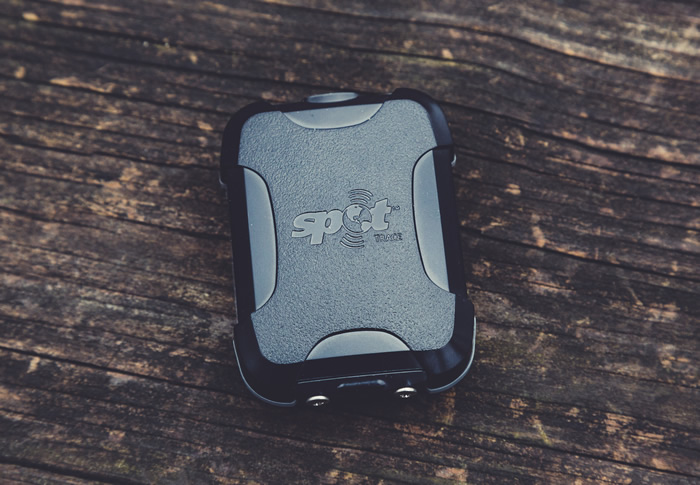 In the event that your house is stolen, a GPS tracker is one of the few devices that can help get it back. Much like your phone, a GPS tracker uploads its location so that you always know where your house is at. The trick is to hide this device so that a thief can’t find it and disable it. GPS Trackers range in price with most requiring a monthly service fee.

A less expensive option is a Tile. This device doesn’t have a GPS itself, but instead uses the GPS of nearby phones with the Tile App installed. When you mark a Tile as lost, any phone with the App that happens to get near it records the location and sends you a notification. Thus it’s quite possible, that the thief himself may unknowingly tell you where he placed your stolen house. Just be aware, that the battery of a Tile only lasts about 1 year, so it will need to be replaced periodically.

If possible, limit access to the property where your house is placed. Any extra barriers that a thief needs to go through will make it that much more uncomfortable for them. For instance, anyone might be willing to take the risk to drive down a driveway that isn’t theirs. After all, if they get caught, they can just say they were lost. But if there is a gate that they need to open that increases the risk and might just be enough to deter someone from poking around.

The one thing you have working for you is that if someone steals your house, because of the newness of this industry, the story is way more newsworthy than if someone steals your bicycle. Just ask Casey Friday, who had his tiny house stolen and because the fact that the national news picked it up, two weeks and a phone call later, the house was found.

So, if your house gets stolen, don’t stop at just telling local law enforcement. Spread the word to blogs and local media, you might just go viral in the process.

Any home owner is concerned with keeping their house and its contents safe. A tiny home has its own unique challenges to consider. But thankfully with today’s technology and your own common sense you can decrease the possibility of your tiny home being stolen or broken into.